I could tell you the latest update from the real estate agent and how we suspect they might be trying to play us, but instead I will show you what I made last night: 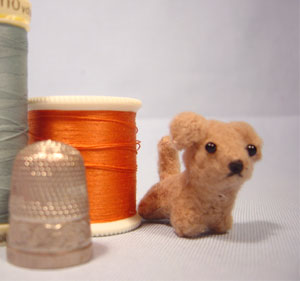 A weeny little stuffed dog! I went a little cross-eyed sewing him but it wasn’t as hard as I thought it might be. He needs some beads for his eyes as they are just pins at the moment and next time I won’t use polar fleece as it was really hard to work with at this size. Here’s another pic: 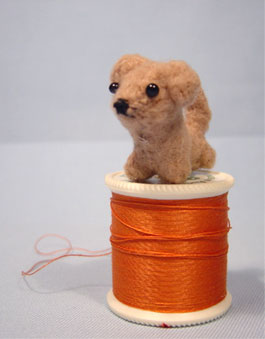 He is based on a pattern I found in DollyBird Magazine no.3 but I think (as i can’t read Japanese) that similar ones are to be found in a japanese craft book called (amusingly enough) Mame Wanko sometimes available on ebay.